The Polarity between the uplisting of Polar Bears


To uplist the Polar Bears from CITES Appendix II to Appendix I, or not?

Some background information!
Currently, there are about 20~25000 polar bears worldwide, which are split into 19 seperate populations.

The conservation status of the polar bears varies greatly between countries.

Annually, about 800 polar bears are harvested, primarily for subsistence purposes.

Recently, there has been a push to uplist polar bears from Appendix II to Appendix I on the Convention on International Trade in Endangered Species of Wild Fauna and Flora (CITES). However, at the 15th CITES (CITES CoP15), the proposal to list the polar
bear was defeated (48 countries voted in support of the listing, 62countries opposed, and 11 abstained).

Under Appendix I of CITES, trade in specimens of these species must be subject to particularly strict regulation in order not to endanger further their survival and must only be authorized in exceptional circumstances.

Is there really a need for the uplisting of the polar bears?

Hence, the ban of international trade of polar bears, through the uplisting of polar bears to Appendix I, will not eliminate the harvesting of these animals.

With global warming and climate change exacerbating the rate of loss of habitats for these animals, a precautionary approach is necessary to ensure that primarily commercial trade does not compound the threats posed to the species by loss of habitat. However, at this current point, it cannot be certain whether or not the ban on internation trade of polar bears could ultimately benefit the remaining populations of polar bears.

Shadbolt, T., G. York and E. Cooper (2012). "Icon on Ice: International Trade and Management of Polar Bears." TRAFFIC, North America and WWF-Canada. Vancouver, BC.
Posted by Unknown at 02:25 No comments:

Trafficking of wildlife does not only include the illegal trading of big, iconic or exotic animals. It also includes illegal harvesting and trading of other small wildlife.

Illegal fishing has led to the collapse of wild fisheries, where fishes are harvested at rate that is way higher than its restoration rate!

This has led to a dwindling fish stocks, and increased competition between law-abiding fishermen and the illegal poachers. Some fishermen, unable to cope with the competition, will eventually ignore the fishing quotas that are set to allow fish population to rebound. Illegal fishing has also led to the decreased in prices of fish, where they overstock the demands for fish! Fishermen that are dependent on fishing for their livelihood suffered the greatest impact.

With majority of commercial fish stocks over-exploited and collapsed, many countries turned to fish aquaculture as an alternative! However, fish aquaculture has several environmental impacts as well. For instance, escaped fish can spread diseases to endemic species! Additionally, a lot of food is required to feed the fishes in the aquaculture! Ironically, most of these fish food are made from wild-caught fish!

Illegal poaching of wildlife, whether iconic or not, can have grave and adverse impacts on the environment. Illicit animal trading does not just affect endemic species and the environment, but could also impact us just as gravely and adversely.

From Poacher to Protector

In my previous post, I've talked about engaging the communities that are nearest to the wildlife as part of wildlife conservation efforts. Today, I'll be sharing a success story, about how poacher turned himself in, and converted from a poacher into a protector.


"For over five years, 33-year-old Maheshwar Basumatary, a member of the indigenous Bodo community, made a living by killing wild animals in the protected forests of the Manas National Park, a tiger reserve, elephant sanctuary and UNESCO World Heritage Site that lies on the India-Bhutan border. Then one morning in 2005, Basumatary walked into a police check-post and surrendered his gun. Since then, the young man has been spending his time taking care of abandoned and orphaned rhino and leopard cubs."

In my opinion, this has got to be one of the best solutions for wildlife conservation. There is very little meaning in telling people what to do if they do not have any other alternatives. For instance, there is very little point in telling poor hunters that they should stop poaching because the animals that they are poaching are endangered. Why should they stop? It does not matter to the poachers whether or not the animals are endangered, but rather, what matter to them is whether they will be able to provide food for their family for the next day.

Hence, it is very important to provide viable alternatives for these hunters. Currently, there are several "Poachers-to-Protectors" programmes, where they recruit and train ex-poachers to be park rangers, providing these ex-poachers with regular and dependable income. Besides converting poachers to rangers, alternative livelihood could be provided to these poachers, such as sustainable farming or beekeeping.

"Engaging locals like Basumatary into wildlife protection and conservation is an effective way to curb wildlife crimes such as poaching, smuggling and the illegal sale of animal parts, according to Maheshwar Dhakal, an ecologist with Nepal's ministry of environment and soil conservation."

Have you heard about the African Elephant Summit?

Read more about it at
https://cmsdata.iucn.org/downloads/african_elephant_summit_final_urgent_measures_3_dec_2013.pdf

To summarise the summit, there are "14 Urgent Measures" in the African Elephant Summit to halt and reverse the trend in illegal killing of elephants and the illegal ivory trade.

I would like to pick out a few of the Urgent Measures which, in my opinion, are slightly more interesting.

Urgent Measure 9
"Design and carry out national studies and public awareness programs, aimed at all
sectors, which include information on the ramifications of illegal killing of elephants and
the illegal ivory trade on the economy, national security, public safety and the ecosystem
services elephants provide."

Urgent Measure 11
"Develop and implement strategies to eliminate the illegal trade in ivory and use
evidence-based campaigns for supply and demand reduction that use targeted strategies
including, where appropriate, government-led approaches, to influence consumer
behaviour. "

These two "Urgent Measures" targets the consumer, and they are the measures that I agree the most with! Indeed, education and awareness campaign targetted at the public would definitely help against illicit wildlife trafficking! As the saying goes, "Knowledge is Power". With knowledge, perhaps more people will understand the need for protecting wildlife and their environment. In my opinion, awareness and education are likely to curb the demand for such illegal wildlife products.

Urgent Measure 12
"In African elephant range States, engage communities living with elephants as active
partners in their conservation by supporting community efforts to advance their rights
and capacity to manage and benefit from wildlife and wilderness."

Besides targetting the consumers, the next most important player to target will be the people living nearest to the wildlife, since they are the ones could are directly affect the animals. As mentioned in the previous post, many people tend to blame the poor for the overexploitation of natural resources. However, we have to take into account their underlying reasons for the exploitation. Hence, by engaging the communities, we could potentially curb one of the root cause of the illegal hunting of elephants.

More reasons to rejoice!
Additional Hope for the Wildlife!

Read more about it at Elephant Protection Initiative.


It is not difficult to find videos of cute animals like this online, especially with an increasing use of social media. In my opinion, such videos could potentially exacerbate the current situation of illegal wildlife trafficking. On the other hand, these videos could help with illegal trafficking, by drawing attention and creating awareness for themselves.

Its not all gloom and doom for these cute endangered wildlife though!

Traffic, a wildlife trade monitoring network, reported that "Nine of the leading online retail sites in China, including Alibaba, Tencent, Sina, Airmedia, SMG and arton.net agreed earlier this month not to provide opportunities for promotion or trade of illegal wildlife products on their platforms."

One small step for man, a giant leap for Wildlife~
Posted by Unknown at 15:28 No comments:

It is exactly 1 month since my first post. Hence, today's blogpost shall be a summary of what I have learnt about illegal wildlife trafficking.

Drivers of Illegal Wildlife Trade
1. Medicinal Purposes
2. Culture and Tradition
3. Livelihood of Poor
- High profit, Low Risk
4. Luxurious Items; Indicator of Wealth
- Creation of demand by the Affluent
5. Corrupted Personnel
- Trafficking of animals requires the movement of the organisms across countries. Corrupted personnel increases the ease to move the organisms across.
6. Banning of wildlife trade
- Illegalisation of wildlife products led to a surge in prices for such products, increasing incentives for poachers.

Explanation for ecological deterioration tends to blame the poor.
Even though majority of the poaching and hunting of wildlife are done by the poor, I feel that it is not right to blame the poor at all for the rise in illegal wildlife trafficking! In most places where illegal wildlife poaching is very prevelant, jobs are scarce, and even if you have a job, most people are not paid enough. Given this situation, it is hard to blame the people for turning to the environment to supplement their income to provide for their family.
For example, when a family member falls sick, it is hard for people living in poverty to afford for medical bills. However, by hunting in the forest, say for a rhinoceros horn, the person could easily sell their kill, which would then be used to pay for their medical bills.

Hence, instead of always blaming the poor for the exploitation of wildlife, one should consider what is the underlying reasons for their exploitations.

Commodification of wildlife could help protect or destroy nature.

A change in perception in human will change what is considered as a resource. Its the resourcefulness of humans that decides what is a resource. When wildlife ceases to be part of our human resources, wildlife trafficking would naturally disappear.

How Beauty killed the Beast

Instead of the normal discussions I have on my blog, the blogpost today will be showing a list of a few animals that are classified as near extinction, as a result of illegal poaching. 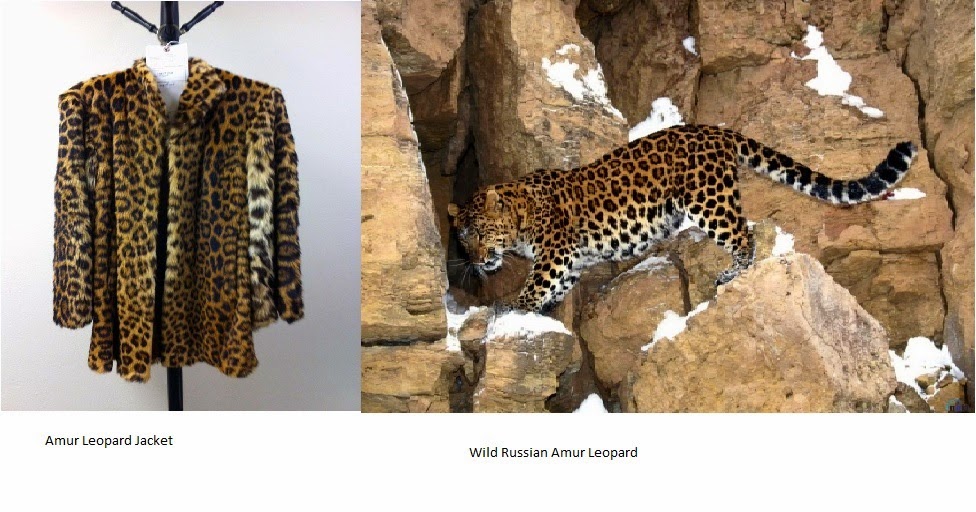 An excellent exmaple of how beauty killed the beast. Famed for their beautiful fur coat, the Amur Leopards were poached extensively. There are now  fewer than 30 of them left in the wild.

Hawksbill turtle are classified as crictically endangered. There is a large amount of illegal trade in their shells and the products derived from it. 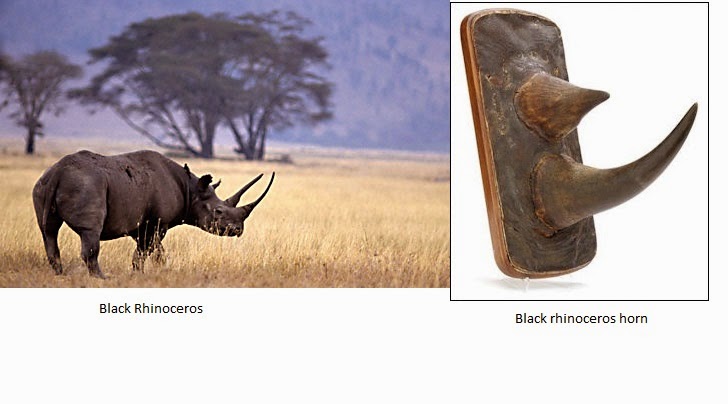 There are fewer than 5000 of these black rhinoceros left in the wild. They are poached for their horns as a trophy, or for "remedies" for several illnesses.

There are fewer than 400 Sumatran Tigers left in the wild. According to Traffic, illegal poaching is responsible for over 78% of Tiger deaths! 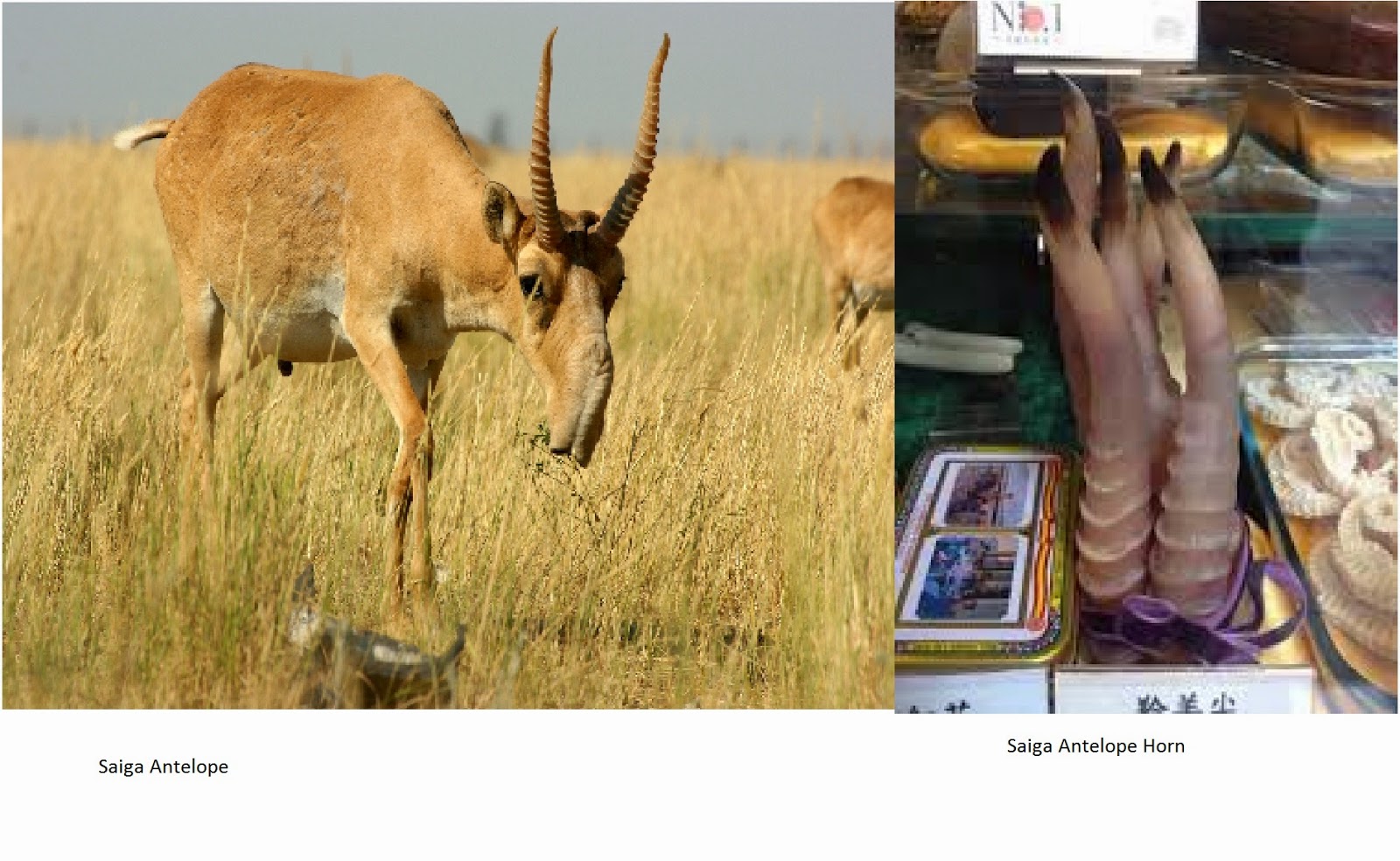 A common ingredient for Traditional Chinese Medicince. Over the last 10 years, the population of Saiga Antelopes declined by over 90%, mainly due to poaching for the trade of horns.

Hunted extensively for wild bush meat and traded illegally as pets.
Wild population of the Lemur numbers no more than 50.


Beautiful creatures. Is it too late to start saving them?